Playing records may be out of style these days, but still, nothing beats the experience of slipping a record out of its sleeve and placing it on the player. The familiar crackle when the spinning record starts to play is a throwback to so many of us who grew up listening to records after school and work.

Records are known for producing a high-quality musical sound, and the touch and feel of playing a record are hard to beat. Pressing play on a phone is convenient, but it’s no match for a record spinning and playing at a party.

People thought that records would be a thing of the past once cassettes and eventually digital music hit the scene. It’s certainly true, to some sense. Collecting and playing vinyl records is now the realm of collectors and audiophiles. People still spend a great deal on records, but it’s on rare collector’s items and mint-condition records.

Keeping a flashy record collection horizontally on a shelf looks cool. Indeed, we see it a lot in movies and magazines. However, horizontal storage is not the best option for vinyl longevity. Over time, the vinyl can warp and become misshapen. Any warping will change the way a record sound and can make it unplayable.

It may not matter so much if you’re only storing a few records, but anything over 25 should be stored together vertically to keep weight off the vinyl itself. The problem happens when aren’t stacked evenly. Eventually, they shift and when the weight is uneven, all of the other records rest on the weight of a few that can lead to damage.

One of the simplest things to learn is to cue the records properly if you’re going to play them. If the stylus hits the record or comes off the record too quickly or carelessly, it can scratch the vinyl. The best way to avoid this is to use the record player’s cueing lever that most record players come equipped with. The lever makes sure the stylus finds the records with just the right amount of speed and force.

3. Fail to Store them Separately

So many record lovers get lazy and start tossing vinyl around like it doesn’t matter. That’s the fastest way to destroy any value your collection has. Make sure to keep each of your records in individual plastic jackets and inner sleeves. You can buy plastic or polyethylene outer sleeves that can cover the album and still let you see the cover art.

Keeping the vinyl itself isn’t just important. The inner and outer sleeve can also be worth a lot of money. You can buy plastic to fit around the inner sleeve and any other inserts to keep them in pristine condition.

4. Touching the Vinyl Surface with Your Fingers

Keep your greasy paws away from your vinyl! Handle them with care. Skin oils, crumbs, or any dirt on our hands can cause serious damage to the record. The best way to handle vinyl is around the edges. Do your best to avoid contact with your fingertips. It may look a bit silly, but most good collectors use both palms to hold and place a record on the player.

5. They Forget to Clean Them

We hope we haven’t scared you into even breathing on your vinyl collection. You do need to keep them clean if you’re taking them in and out of their sleeves for a listen. Cleaning records is easy. All it takes is a carbon fiber brush over the spinning record on the player.

You can buy a record cleaning kit online that comes with instructions. Don’t forget to clean the player stylus too to make sure there’s no dirt or anything that could scratch the vinyl.

This might not seem like a big deal at first, but as you collect more expensive records or vinyl you care about keeping, you’ll want a nice record player to match. Cheap players can scratch or bend vinyl. Getting a high-end record player will produce great sound and you won’t have to worry about damage to your collection.

Nice record players don’t have to cost thousands of dollars. You can pick up a good player for a few hundred dollars that will do the job. It will last for years and your vinyl records will be in the same great shape as the day you purchased them.

7. Paying Too Much Attention to Record Value

You have to understand who you are as a collector. If you’re doing it just for the money, well, you might as well invest in the stock market. True joy comes from collecting records that you know and love. Yes, that one record may be worth a great deal, but to you, it’s worth more because you know the story behind it.

Don’t get too wrapped up in how much something in your collection is worth. Try and appreciate it for what it is. If you are super into record values, that’s fine too. Avoid overvaluing the records based on market sentiment. Track values accurately so you know what you can get if you need or want to sell it.

8. Storing Records in the Heat

Some novice collectors learn the hard way that you’re not supposed to store records in the sun or hot places. High temperatures can warp the vinyl and fade the artwork on the sleeve. Keep them in cool places out of the sun.

If you’re storing your records in a storage unit or anywhere outside your home, make sure you know what the temperatures are like and whether you can control how cool or hot it is.

9. Buying a Vintage Player Right Off the Bat

Most new collectors buy their favorite albums they can afford first. However, a lot of newbies also buy vintage record players that they don’t know how to fix or operate. Buying vintage is cool. There’s something fun about owning a record player that was made decades ago. Don’t make the mistake of playing your first records on a vintage machine when you don’t know the condition of the machine. Playing records on an old machine that is in disrepair is bad for your records.

10. They Use Bluetooth Cables

Bluetooth cables look just like analog cables. They have the familiar white and red coloring and are the same shape. However, they’re very different. The whole point of using a record player for music is because the analog sound is preferred by many people. Using the wrong protocol to play your music sort of defeats the whole purpose of listening to records in the first place.

11. Forgetting to Balance the Player’s Tonearm

The tonearm on a record player maintains the weight at which the stylus hits the record. It’s called the tracking weight. Most of the time, tracking weight is recommended at two grams. If the stylus is too heavy, it will damage the record grooves over time.

Record makers aren’t dumb. They know there’s a whole community of record collectors who want unique records. Every so often, they’ll repress a record just to get people to spend money on them even when every record store has the original vinyl in stock. As a beginner collector, don’t part with your money too easily. Spend time learning the ropes so every purchase you make is a discerning one.

Everyone remembers the first time they moved out. It’s a huge life moment, one full of nerves and anticipation. Will I be able to make it? Will I have to come crawling back if things go south?...

Every year, more and more Americans move into cities and towns looking for better jobs and a certain quality of life. The recent urbanization trends in the U.S. indicate it’s not likely to stop... 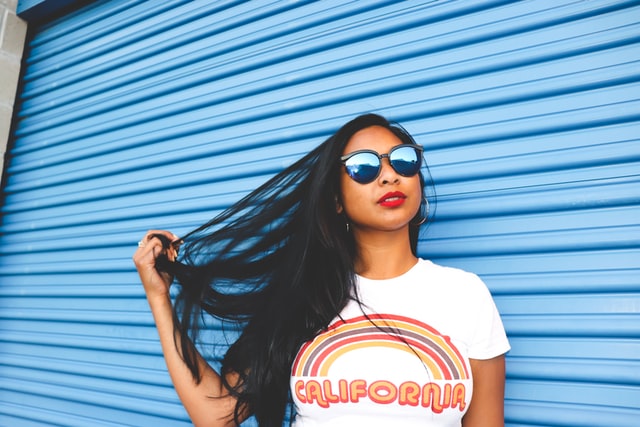 Answer a few questions, and we'll put you in touch with a facility in your area.

Keep an eye on your inbox; we're sending a good storage match your way!